How effective are radar speed signs in calming traffic? Studies have proven that slowing traffic down will greatly reduce the chances of a fatal accident involving pedestrians and automobiles. A pedestrian hit by a car at 40 mph has a 90% fatality rate; at 20 mph the fatality rate decreases to 10%. As you can see in the graph below, just a small reduction in speed has a dramatic effect on whether those involved live or die. 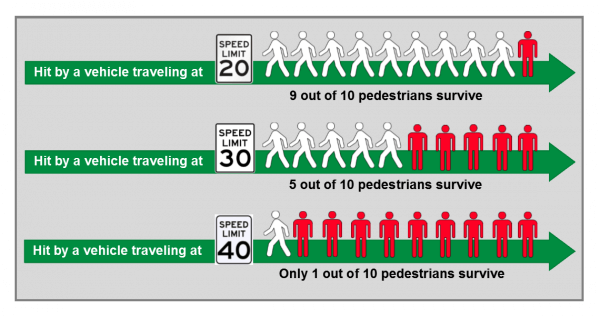 Radar speed signs are a proven traffic calming solution to raise the speed awareness of oncoming drivers. Studies repeatedly show that when alerted by a radar sign, speeders WILL slow down up to 80% of the time. Typical average speed reductions are 10-20%, and overall compliance with the posted speed limit will increase by 30-60%.

The charts below demonstrate the effectiveness of radar speed signs with historical data and the resulting impact from actual radar sign locations:

After 21 months of operation, the radar speed sign continues to be effective
in reducing the average speeds in a 25 MPH neighborhood cut-through street.

Six months of operation of a radar speed sign on a neighborhood cut through street demonstrates the effectiveness of the sign in lowering peak speeds to lower speeds. 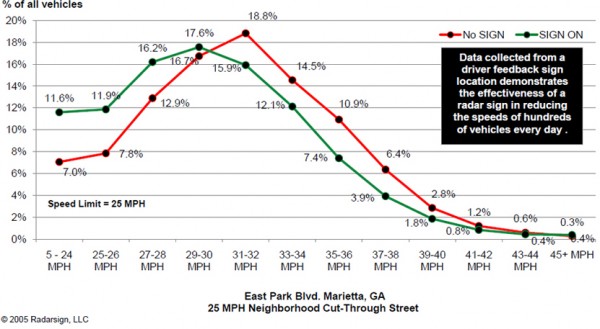 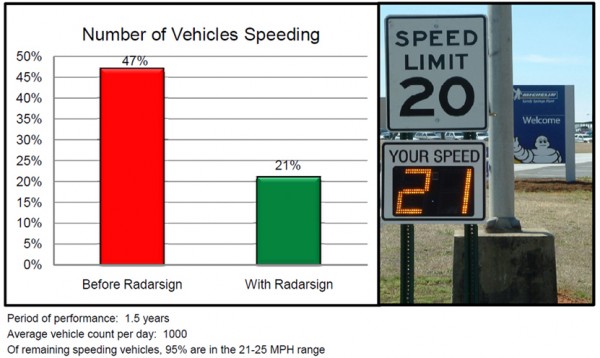 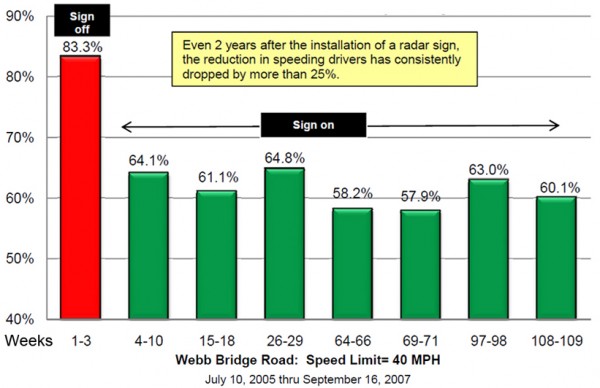 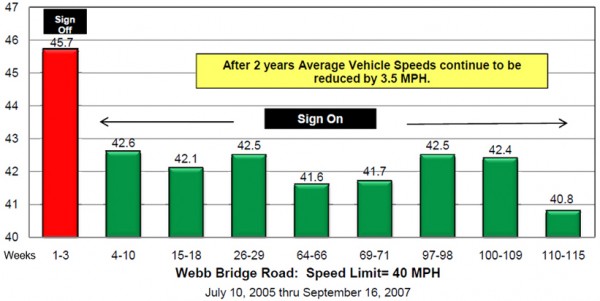 Get one or more at INCREDIBLY reduced prices…WHILE SUPPLIES LAST!
These refurbished TC-500s are older models that have been totally refurbished
and are covered by 1 year manufacturer warranty.