The National Safety Council recently analyzed preliminary federal data and found that 38,370 people, a 7 percent increase, were killed in U.S. highway crashes from January through November 2020. This was despite fewer drivers on the road because of stay-at-home orders and telecommuting options.

“We should be able to show a significant safety benefit from having less traffic,” the National Safety Council wrote in a January statement. “Instead, in the midst of the worst health crisis in more than a century, we are experiencing even deadlier roadways.”

Experts say speeding and aggressive, distracted and impaired driving are the primary causes for the increase: more drivers are 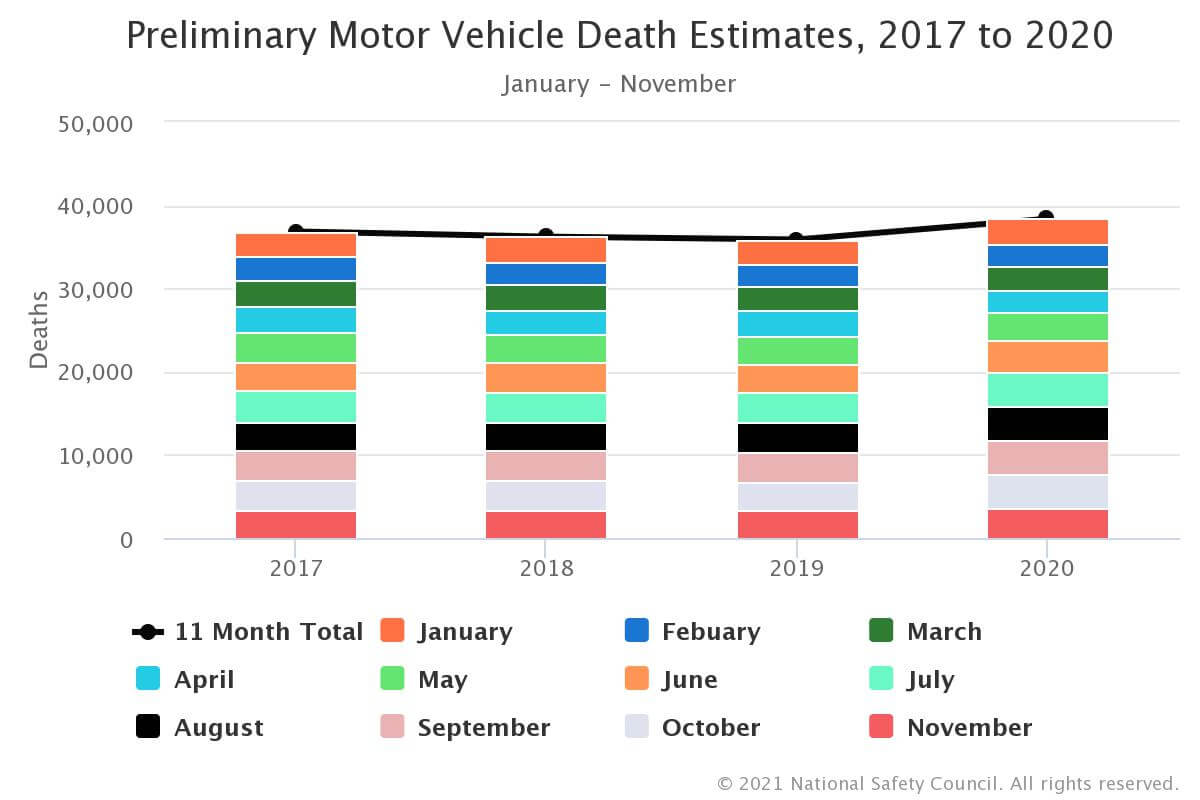 While there’s no quick and easy answer to a complicated trend like this, research shows that visual cues like those provided by radar speed signs typically raise compliance with the posted speed limit by 30-60 percent, and are particularly effective at getting “super speeders” — those driving 20 mph or more over the posted speed limit — to slow down.