Without Power for 7 Days and  Under 3-Foot Blankets of Snow, Radarsign Armored Driver Feedback Signs Continued to Shine…Brightly!

ALPHARETTA, Ga., April 18, 2013 —First Superstorm Sandy and then Winterstorm Nemo, a series of severe storms along the Atlantic 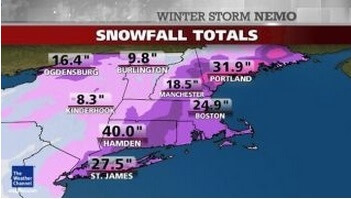 seaboard has delivered some of Mother Nature’s most extreme weather tests to Radarsign®—the manufacturer of the world’s first armored driver feedback signs.

Nemo delivered hurricane force winds, more than 36 inches of snow and week-long power outages to municipalities in the Northeast, where over 100 Radarsign solar-powered speed signs are installed.

With long-lasting batteries, the energy-efficient armored signs withstood the storm and continued to operate without requiring adjustments or intervention by officials.

“During Nemo, I was concerned for the physical operation of the signs. I am very pleased to report that they held up great through the brutal weather conditions and kept working with no hesitation.”

Even before Nemo, Radarsign rugged, weather-tight design has proven to be effective in extreme snow and cold conditions:

“The Radarsign solar-power system and battery-backup work really well, even with the low-sunlight winters we have here in Amador. We have never lost power with our signs, which was kind of surprising considering how much snow we get.”

“We bought Radarsign because of cost and features, including larger readout, battery power, no downtime with snow even when the solar panel was covered with snow. It is pretty dependable.”

Radar speed signs from Radarsign are installed across the North America, with many operating in areas known for extreme weather conditions, such as hurricanes, blizzards and tornadic activity.  Worry-free dependability in times of natural disaster makes Radarsign a smart, cost-effective traffic calming investment.