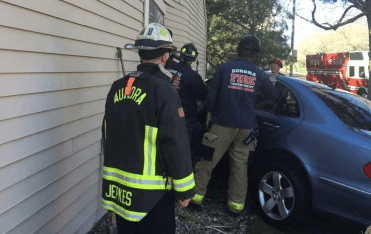 Aurora, Colorado residents are concerned that cars speeding around the sharp curve in their neighborhood are soon going kill an innocent bystander. Within a two-month period, two cars have slammed into two different homes when the drivers lost control of their speeding vehicle.

Driver feedback signs could be the answer this community needs. The Federal Highway Administration conducted a study on the effectiveness of dynamic speed feedback signs on curves. The researchers analyzed traffic in 22 locations at three intervals—one-month after installing the devices, then again at 12 months and 24 months. The results, released in 2015, showed “large reductions in the number of vehicles traveling over the posted or advisory speed occurred for all of the after periods at the PC [point of curvature] and CC [center of curvature] , indicating that the signs were effective in reducing high-end speeds, as well as average and 85th percentile speeds.”

Travis County, Texas is considering a plan to straighten a stretch of curvy roadway to eliminate the dangerous traffic conditions, but funding is an issue. Anytime budgetary issues hinder a traffic calming project, radar speed signs should be considered. Driver feedback signs from Radarsign can be ordered, installed and implemented immediately and will cost only a fraction of the price of a roadway construction solution.