Could an optical illusion be the solution to all of our speeding traffic woes? Not likely. 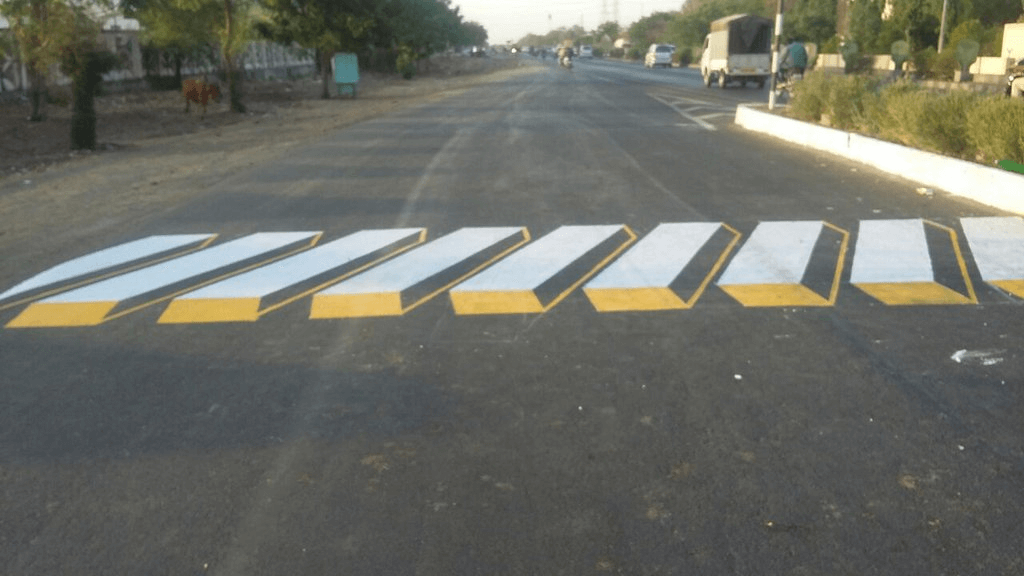 India’s Transportation Minister just announced that they are going to try using 3D paintings as speed breakers in an attempt to slow drivers on some of the nation’s thoroughfares. The images appear like real obstructions in the road. While these images will certainly create some initial confusion, causing drivers to hit the brakes, once the driver knows the obstacle is virtual, will they even bother to slow down a second time?

These 3D markings have been used in the U.S. with limited success. “Initially they were great,” said a Phoenix Police traffic coordinator of their trial run, “until people found out what they were.” Results of Philadelphia’s foray into the world of imaginary traffic calming are unreported.

In reality, there are some scientifically proven methods for slowing traffic, including driver feedback signs from Radarsign. By leveraging the concept of feedback loops, radar speed signs give speeding drivers an opportunity to correct their behavior and they usually slow down on their own. And that is no illusion.