The TC-400 was specifically designed to be used in multiple locations using Quick Mount GoBrackets. By installing brackets on multiple existing poles, law enforcement can establish a circuit and regularly rotate locations of the radar speed signs for ongoing traffic calming. 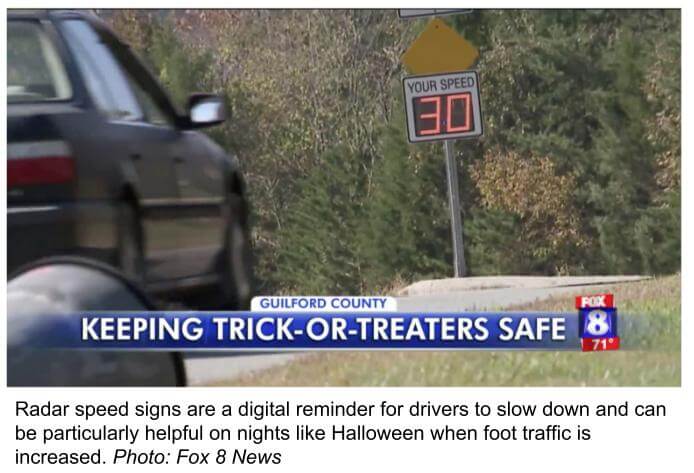 This is exactly how the county will use the three recently purchased signs, but Capt. Randy Shepherd was able to capitalize on another benefit of the TC-400’s portability this Halloween—the signs can be moved at any time to respond to a speeding complaint or for a community’s special request. Shepherd told Fox8 News that the new radar speed signs were one way deputies provided safety to neighborhoods on Halloween.

Law enforcement might plan to have spare patrol cars out patrolling neighborhoods on nights like this to act as a speed deterrent, but sometimes these cars are pulled away to answer calls. Radar speed signs are a consistent fixture that law enforcement can count on throughout the night to make drivers aware of their speed.