Who knew that efforts to make a community safer would generate such controversy? Well, actually, many towns and cities across the country could attest to the divisive nature of speed humps and many of their vertical traffic calming cousins. Residents of Jester Estates in Austin, Texas, were up in arms over the installation of speed cushions in their neighborhood. 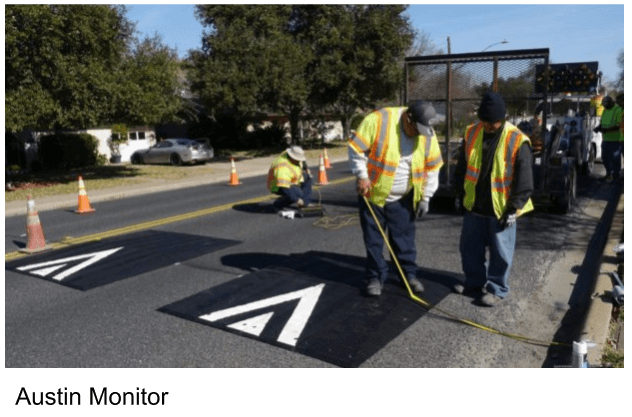 Speed cushions are basically speed humps that don’t extend across the entire road. They have spaces to accommodate the larger axle width of ambulances and fire trucks. The concept behind speed cushions is that while traditional vehicles must slow down to cross the impediments, emergency vehicles can move through without reducing their speed.

Still, those who have to drive over these bumps are not happy. Advocates for the disabled complained that the cushions deliver a greater jolt than typical speed humps, inflicting pain to those with musculoskeletal disorders. Residents said the devices don’t fit in with the character of the neighborhood.

Jester Estates residents organized and successfully campaigned to get the transportation department to remove the speed cushions. The city originally promoted their speed cushions ($3,000 to $4,000) as a low-cost alternative to asphalt speed humps ($13,000).

For about the same price, the city could have installed driver feedback signs from Radarsign. Radar speed signs are immediately effective and universally embraced by the community.