One of the primary concerns that citizens bring to law enforcement agencies is neighborhood speeding. Those agencies that can deploy a radar speed sign to target those areas will not only slow the traffic, they may also discover that some speeding problems are more perception than reality. 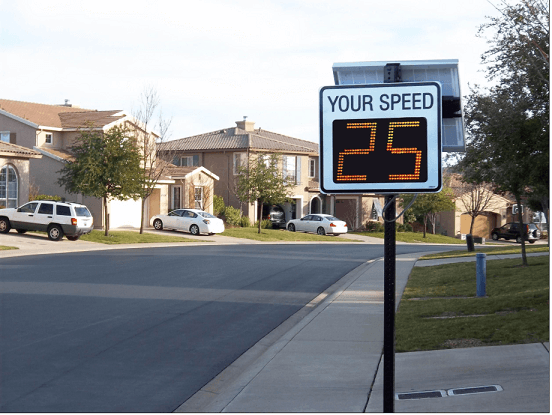 Radarsign StreetSmart traffic data software—-available on all of our driver feedback signs—gathers data about vehicle speeds with the display on or off. Sometimes the data recorded in ‘stealth’ mode reveals that there is no speeding problem after all.

The Auburn-Reporter covered the disconnect, quoting city engineer Ingrid Gaub’s explanation to the Auburn, Washington, City Council, “There’s often a lot of that [speeding] perception in a neighborhood that people are going fast, because they are going faster than your comfortable standards.”

As it turns out, people standing in their front yards are poor judges of speed. This is because the cars are so close, they appear to move faster. The opposite is true of things far away. Jets flying overhead appear to move slowly even though they are traveling at hundreds of miles per hour.

Law enforcement officers tell us that the StreetSmart data frequently confirms that few cars are actually speeding. One police chief who experienced this enlightening phenomena repeatedly said, “I tell people I will trust my radar more than your ‘eyedar’.”

In these cases, it is not a speeding problem that needs remediation. It is a perception problem that requires a little education. The Radarsign data does that while alleviating citizen concerns and allowing officers to focus on more urgent matters.