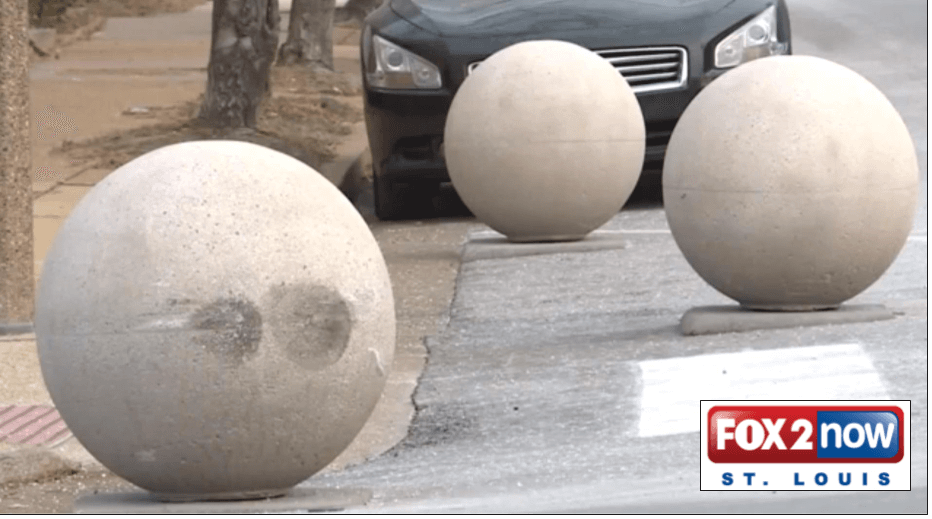 ouis’ Compton Avenue recently received an interesting solution to their traffic problems, but many are wondering if the solution is worse than the problem. To narrow the intersections, the city installed concrete spheres on what was previously drivable street surface. While narrowing roadways is a reasonable approach to certain traffic calming issues, the success always lies in the method and implementation.

Residents say the “balls” are a nuisance, creating more traffic problems. One local civil engineer said, “They’re an obstruction that makes the intersections more unsafe, in my opinion.” One sphere was hit by a car, dislodged and rolled down the street. Thankfully it came to rest without hitting anything other than the curb.

Certainly there is an artistic element associated with this. But function must trump form when it comes to road safety. Radar speed signs may not be the solution to every traffic problem, but they serve an important role in the development of a comprehensive traffic calming plan. Their implementation is simple. They do not stir controversy. And they are proven effective at slowing speeding drivers.