While traffic is down because of the Covid-19 pandemic, people are speeding more than ever before. According to Officer Gordon Shank of the Minnesota State Patrol, “…from March 22 to April 13, troopers cited 78 people for going 100 plus miles per hour. That’s compared to 2019, where they only issued 22. That’s a big difference.”

Though difficult to prove, experts also suspect that the high speeds have caused an increase in the number of road fatalities, though the number of overall crashes is down. “To me, that is a given that it’s speed, because if crashes are fewer, but severity is greater, [then it’s] a physics problem. People are just going faster,” stated Nicole Morris, Ph.D. from the University of Minnesota. 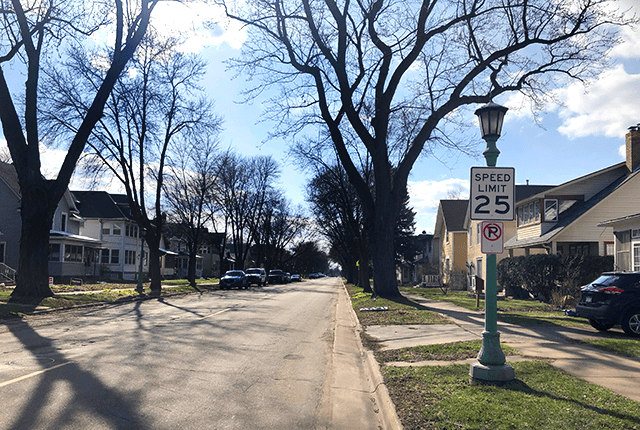 The records of the high speeds on the roads during the last couple of months has been largely anecdotal because it’s hard to capture speeding data. This is due to “variations in enforcement and many stops without documentation,” which means data is inconsistent and incomplete. Author Bill Lindeke points out that “somehow, in the era of big tech, speeding remains notoriously difficult to measure.”

Radar speed signs from Radarsign — when used with StreetSmart software — are equipped for this very purpose. With settings such as Stealth Mode, Radarsign products can be used to capture benchmark speed data, giving users an accurate look at the average road speed. Once the display is turned back on, the sign continues to capture data, giving an accurate before and after picture of the traffic calming system.

“To address traffic complaints from the community, we wanted to see data to verify the speeding issues, including the times and speeds. From that information, we could determine the appropriate response and choose how we deployed our resources. The Radarsign speed sign is doing this for us.” — Lt. Paul Lenzmeier, Anoka Count, MN Sheriff’s Dept.