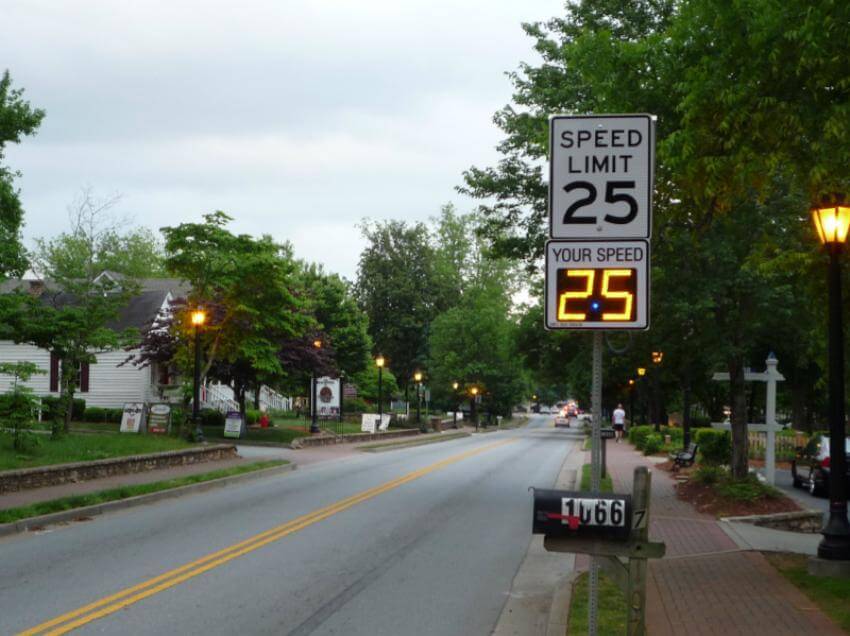 Radarsign driver feedback signs use a small FCC-approved radar to measure how fast cars are traveling, so it’s not uncommon for us to field questions like this: “Why does the speed being flashed by the sign not match the speedometer speed?” The issue is complicated by the fact that there are so many different devices that can be used to measure speed today, including GPS units. And, each of these operate under their own set of variables, meaning they measure speed differently.  Melissa Slager, a writer for the Herald.net, clarifies the issues. In the article, “Speedometers don’t always match radar feedback signs,” she interviewed Tim Miller—the City Traffic Engineer for Everett, Washington—who explains the four major factors behind these discrepancies.

When it comes to enforcement and ticketing, it’s important to understand that the radar technology used in driver feedback signs operates with “a narrow beam width, which means it sometimes picks up more than one vehicle within its radar beam. Police equipment has ‘pinpoint accuracy’ to focus on only one vehicle at a time, as well as a much farther range.”

So while there may be discrepancies between different types of devices—speedometer, radar speed sign, law enforcement-grade radar—this does not compromise the effectiveness of radar speed signs from Radarsign.

A variety of studies have confirmed both the short-term and long-term effectiveness of radar speed signs, which are proven to do exactly as Miller describes: the signs are for informational purposes to encourage people to follow the law. The lighted display alerts drivers to their actual or measured speed. When they see that they are speeding, they slow down. And because the huge majority of motorists are good, law-abiding citizens, this is all that’s needed to get most drivers to comply with posted speed limits.