Cultivating safe communities is a primary goal for both municipalities and police departments across the nation and around the world. Traffic safety—especially speed enforcement, traffic calming and driver, pedestrian and cyclist safety—is a major concern for national, state and local DOT, law enforcement jurisdictions and court systems. 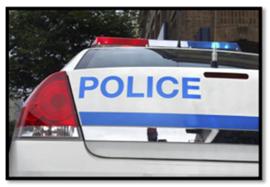 Traffic-safety initiatives do more than just protect the lives of residents, they impact city rankings for safety (measured by Forbes in fatal crashes)—and livability (measured by lifestyle options). These rankings come with predictable economic impact: communities rated as “safe” and “livable” are viewed as highly desirable places to live, work and play. Further, the rankings may help:

According to municipalities and law enforcement agencies that utilize driver speed signs as part of their comprehensive traffic safety program, the signs are:

Case Study:
For twenty years, Clay, Alabama has kept track of a sobering tragic traffic pattern on Old Springville Road—a stagecoach route-turned arterial street. This long, narrow and winding road is the county’s only East-West thoroughfare and is heavily traveled. Today, the road that was originally created for horse-and-buggy traffic carries 10x the number of cars at higher speeds than was ever intended.

The result: over a 20-year-period, the stretch of road claimed 18 lives, the result, primarily, of speeding.

As an arterial road, construction-based options could not be utilized and vertical solutions were not an option due to expensive maintenance costs.

“We chose Radarsign because the signs are vandal resistant,” said Feemster. “They provide all the features we need and they were the most cost-effective.”

But most importantly, he said, “After installing the driver feedback sign from Radarsign we’ve seen a tremendous difference in traffic speeds and, most importantly, in lives saved. There have been no fatalities in two years.”