MARIETTA, Ga., May 21, 2020—The City of Great Bend, Kansas recently welcomed the arrival of two solar-powered, TC-600 driver feedback signs from Radarsign because, according Police Chief David Bailey, “officers cannot be everywhere, all the time” and these radar speed signs “serve as an extra officer, 24/7.” Journalist Dale Hogg with the Great Bend Tribune covered the purchase and installation of the first two radar speed signs from Radarsign, the manufacturer of the world’s first armored radar speed sign, and the city’s plans to purchase two more.

Bailey explained that “At some point in your driving career you will exceed the speed limit, and most of us will get a ticket at least once in our lives.” These violations, though, can be prevented. “Posting a radar speed sign at the entrance of the city limits will send a message that speeding will not be tolerated in Great Bend,” Bailey said. “Drivers will slow down, making the city streets safer for everyone.”

Radarsign radar speed signs are scientifically proven to slow speeding drivers by reminding drivers to change their behavior. The success is based on the phenomenon of Feedback Loops, a method of behavioral change that has been studied since the 18th century. The concept is that if we give people feedback about their actions in real time and give them the opportunity to change their actions, they will adopt better behaviors.

In the article, Bailey shared stats that document the effectiveness of the radar speed signs: 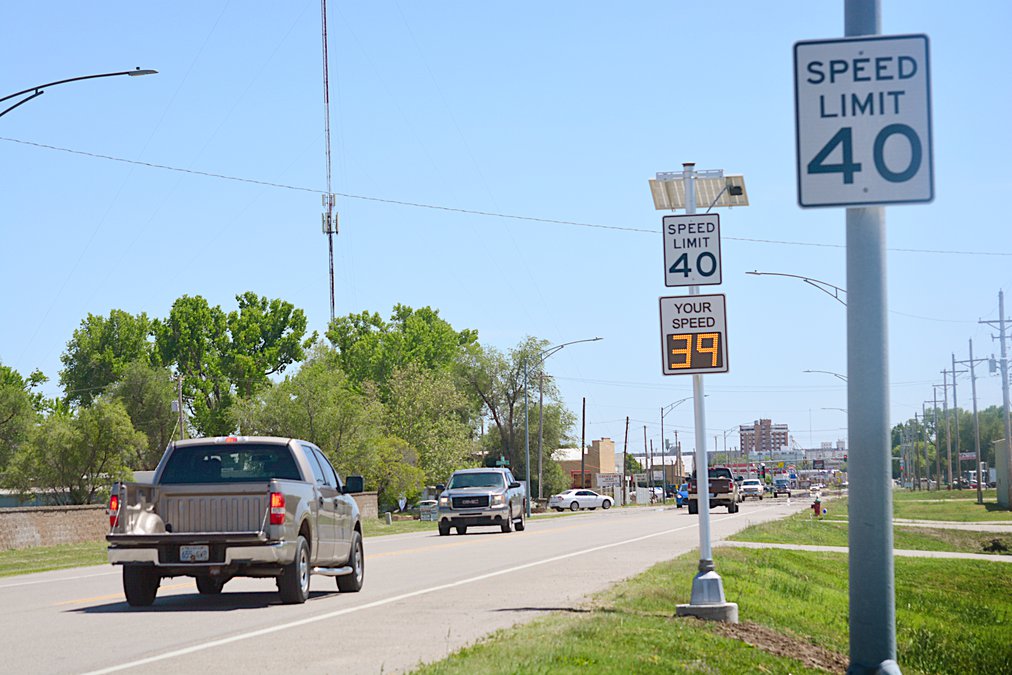 Great Bend’s TC-600s include “Street Smart,” Radarsign’s proprietary traffic data-reporting software that “allows the city to report, organize and analyze the traffic data collected from the radar speed sign locations. With the data conversion tool, the information collected by the radar speed sign is loaded into Excel-ready, parsing the information into 35 charts and graphs with just a few mouse clicks.”