While speed humps have a litany of faults, most agree that their primary purpose is to protect the people outside of the moving automobiles: pedestrians, children and cyclists. Unfortunately, bicycles and speed humps don’t always go together. For cyclists, speed humps are jarring and potentially dangerous. 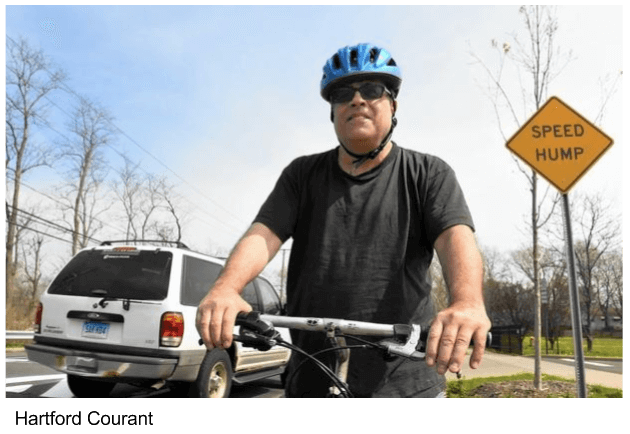 In August 2016, Virgin Group Founder Richard Branson was seriously injured when he hit a speed bump while cycling in the British Virgin Islands.

These dangers can cost citizens tens of thousands of dollars.

A cyclist in Yonkers, New York may get a $625,000 payout from the county for an injury he sustained by hitting a speed hump while biking through a park. A Manhattan cyclist received $125,000 for a similar incident with the help of a law firm that calls itself “New York’s Bike Lawyers.”

The threat to cyclists is not limited to the impact of the bike with the speed hump. In Hartford, Connecticut, motorists on one busy street are endangering cyclists by veering into the bike lane to avoid the humps.

Driver feedback signs from Radarsign offer a safe, effective traffic-calming solution. They do not disrupt cyclists and motorist react to them by slowing down, not veering out of their lane.