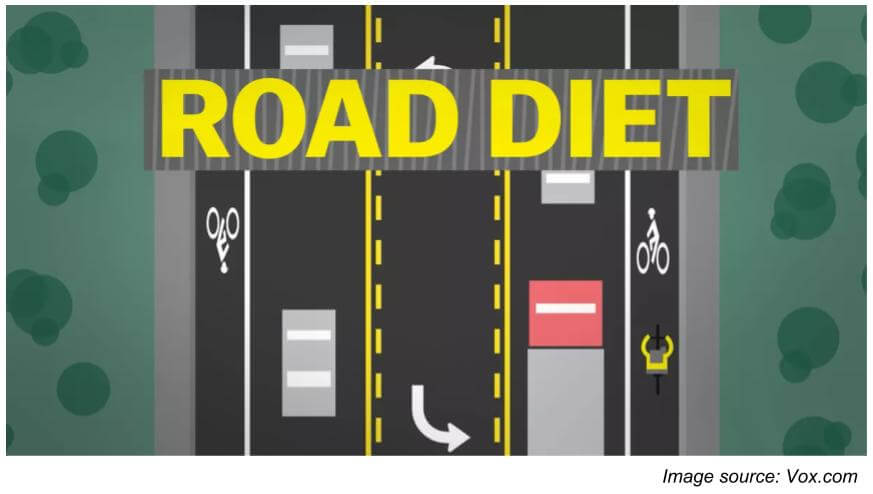 Vision Zero, an international movement originating in Sweden in the late ‘90s, is an effort to achieve a highway system with no fatalities or serious injuries involving road traffic. The Swedish government saw a 50 percent decline in traffic deaths since 2000 and, as a result, U.S. officials are implementing similar plans hoping for similar results.

But these good intentions have caused other problems. This is because many Vision Zero plans involve a “Road Diet,” a technique that reduces the number of travel lanes or reduces the width of the road to improve safety for pedestrians, cyclists and drivers.

Although it sounds ideal, these road modifications are being made without consulting local residents, community leaders, local businesses or, most crucially, first responders. The result? Many “Road Diet” streets are now nearly impossible for emergency vehicles to navigate.

The Wall Street Journal article, “Vision Zero, a ‘Road Diet’ Fad, Is Proving to Be Deadly” told a story about the Khoury family who lives in Los Angeles five blocks from a fire station. When Renee Khoury’s mom fell, it took an emergency vehicle 10 minutes to get to them. They could hear the siren and knew help was near, but help couldn’t reach them.

In July of 2017 the city of Los Angeles implemented a road diet on a 0.8-mile stretch of road in Mar Vista as part of Mayor Eric Garcetti’s Vision Zero initiative. But the “improvements” slow response times for emergency vehicles like ambulances and fire trucks. And there are more stories like this.

Here’s the thing: if the goal is to reduce traffic-related deaths, the most important thing to consider is reducing driver speeds. Science has proven time and time again that this can be accomplished without hindering emergency vehicles by using radar speed signs.

First responders are the ones who raised the alarm about the dangers of speed bumps and helped educate the world on how traffic calming should not slow response times of emergency vehicles. As a result, municipalities began moving away from speed humps. Now our first responders are raising the alarm again, but this time it’s about poorly planned road diets. Let’s listen and act.

For more information on what first responders and municipal leaders are saying about Radarsign brand radar speed signs, follow this link: https://www.radarsign.com/radar-speed-sign-customer-reviews/.